A short summary in terms of (un)known history: Babies, toddlers, and children in the 3th REICH

Doing research over years – if not decades – on this topic, I found out (as far as possible), that we are told on children at least 2 big lies: On one hand the experimentation on Jewish toddlers and children were seemingly much worse than we are able to imagine – on the other hand, the total silence about the hundreds of thousands MK ultra programmed German toddlers and children, living in average families in the 3rd REICH and its occupied countries. […] Without truth, there is no healing, so no wonder that there is still an invisible (programmed) war between at least these two groups, being directed by the same masters on the top into hatred, destruction, and anger for decades now.

What groups of babies, toddlers and children were there in the 3rd REICH?

Group1: T4 – starting with 1933 babies, toddlers and children were fetched out of their families, partly they had some disabilities, but as nowadays they were taken away from their parents because of many reasons (political opponents, need of “material” for plain horrific research). Often the children of this group were completely healthy, and – just for crying for their beloved parents – declared severely insane/mentally ill. Officially all were insane and “had to get killed”- see “life unworthy of life” (“lebensunwertes Leben”). They were killed indeed, but before horrendous horrific research was done on them. (see https://en.wikipedia.org/wiki/Life_unworthy_of_life and https://en.wikipedia.org/wiki/Aktion_T4)

Group2: Jewish children. Also beginning with 1933 many Jews were leaving the German-speaking countries, bringing them into situations where – for sure – many Jewish children had to suffer from various reasons. Also known is that many children were transported to the UK without their parents (“Liverpool Station, London” – “children trains” – see http://talkingbeautifulstuff.com/2013/05/23/the-kindertransport-statue-liverpool-street-station-london/) – unknown is that many of them got MK ultra by the British government during their stay in England. Also known is that many of the Jewish families went to Israel/Haifa, where “Nakam” (see https://en.wikipedia.org/wiki/Nakam) was located nearby. Many Jewish children underwent MK ultra there (see http://israelirealities.blogspot.com/2007/03/mk-ultra-israeli-project.html). Most commonly known is nevertheless the huge group in the concentration camps, where open horrific research was done on them. (see http://www.auschwitz.dk/Holocaust1.htm).There have been survivors speaking out about this, but many sources claim that the experimentations were even too much for the Nazi doctors, so they tried to get rid of all the evidence (see Dr. Vladimir Terziski https://www.youtube.com/watch?v=tEe-QGohonU). Besides breeding experiments, experimentation on souls, most probably time travel experiments we do not know much about the happenings there, so we just can guess, as every information seems to be censored at the moment.

Group3: Also, other children were of interest of the brutally researching Nazi doctors in the concentration camps: Here mostly known are the toddlers and children out of Gypsy families as well those of small stature. (see: https://en.wikipedia.org/wiki/Children_in_the_Holocaust)

Group4: The most forgotten group is – in my opinion – the hugest: Average German children and “germanised” children in the occupied countries, who underwent plain mk ultra and SRA, to create the Aryan master race, the superhuman being. All we know are Adolf Hitler´s intentions for “his” youth: “”A violent, bossy, fearless, cruel youth I want. They must endure pain. There must be nothing weak and tender about them … Strong and beautiful I want my youth. So, I can create the new. I do not want intellectual education. With knowledge, I spoil my youth. I would prefer to let them learn only what they voluntarily pick up following their play instinct. But they must learn control. They must learn to defeat the fear of death in the most difficult situations.” (Adolf Hitler, Chancellor of the REICH – see https://www.georg-elser-gedenkstaette.de/app/download/15983951696/04_Hitler+Jugenderziehung+2.pdf?t=1526724481). We also know for sure, that the Nazi MK programs, never stopped in the German-speaking countries: Programmers at least came back for having holidays with their families, ongoing torture-based programming their “superhuman being” (…).

Group5: All the occupied countries – – – Norway, Denmark, Sweden, Netherlands, France, (Austria), Belgium, Greece, Finland, Poland, Czechoslovakia, Hungary, Yugoslavia, Luxembourg, parts of Russia (Galicia), Liechtenstein, Ukraine, North Africa, Portugal, Spain, Monaco – partly together with Italy – – – were targeting babies, toddlers and children – we know, that where the Nazi doctors were located during WW2, we do have ongoing MK hotspots even nowadays (“follow the traces of the Nazi doctors”). (see for example: https://en.wikipedia.org/wiki/Aribert_Heim or https://en.wikipedia.org/wiki/Josef_Mengele#Military_service to give at least 2 examples – there were many more physicians involved).

Group6: About 250,000 German children were sent via trains to Denmark at the end of WW2 – instead of helping these toddlers and children, they were used as a kind of patsy, were abused as well as killed by Danish authorities. (see https://www.spiegel.de/international/denmark-s-myths-shattered-a-legacy-of-dead-german-children-a-355772.html)

Group7: Norwegian women with their babies, toddlers, and children fathered by German soldiers were thrown out of Norway after WW2, meaning they lost even their nationality. No one knows much about these babies, toddlers, and children sent into a – for them – foreign past WW2 Germany (see https://www.nytimes.com/2018/10/19/world/europe/norway-lebensborn-german-girls.html)

Group8: Similar to Norway, we do have human hunts towards women (and their babies, toddlers, and children) who had German soldiers as partners, husbands or even as fathers of their children. A less painful reflection of these happenings is Giuseppe Tornatore´s “Malèna” https://en.wikipedia.org/wiki/Mal%C3%A8na. (Other sources see: https://www.theguardian.com/lifeandstyle/2009/jun/05/women-victims-d-day-landings-second-world-war and https://en.wikipedia.org/wiki/Horizontal_collaboration)

A short summary of the unwritten history:

All those open horrible experiments and killing (euthanasia) of these babies, toddlers, and children in the 3rd REICH, were seemingly a façade to hide even more brutal experiments and suffering of these small ones.

Considering the possibility of time travel, of age regression, of hybrid(breeding)experimentation, transhumanism and changes in epigenetics we are going to do the meditation for all the toddlers and children of the 3rd Reich no matter what religious beliefs their parents were having, no matter which ideologies were present in their former homes – to give them back the sovereignty of their souls as well their freedom, as much as possible. 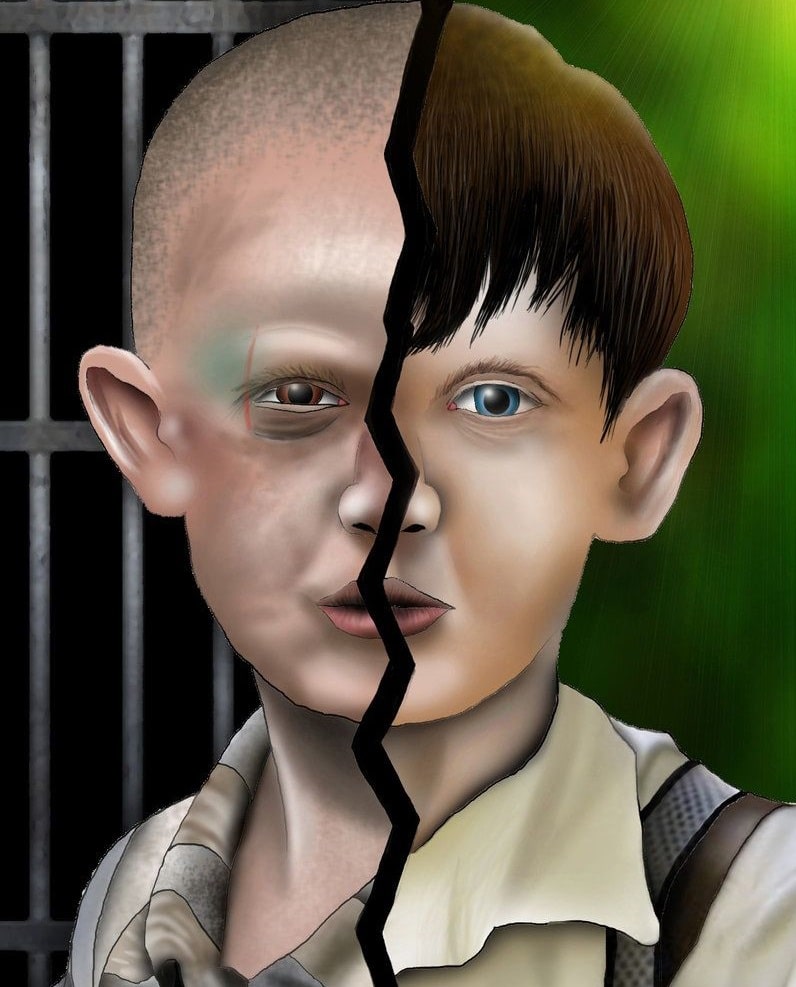 If you appreciated my work here or on social media, please consider showing your support through a small (monthly) donation over Paypal: Hosting Fees, Court Fees, while being targeted – which causes by far the highest costs – and to hold this network simultaneously is the most expensive thing I have ever done. Thank you.