We have similar case procedures worldwide. It is rare that ritual abuse or trauma-based mind control perpetrated on toddlers and children is uncovered. What follows is the classic unfolding of a case with film and picture documentation that is representative of thousands – and worldwide, for hundreds of thousands – of cases within our western world, here and now.

The Romeo Strategy: Enamoured – Engaged – Married – (and all this at record speed) corresponds to most of the (international) – involuntary – cases.

(2008, wedding: please note the hidden “V-sign” as well as the wedding certificate held upside-down: upside-down documents are international codes for intelligence operations. “V-signs” on wedding pictures, especially hidden ones, I have seen in the meantime from all over the world, where women are deliberately tricked into becoming mothers, only to lose their beloved babies and toddlers to basic mind fracture and MK ultra torture)

By this point, at the latest, everything is well prepared:

Now the second part of the cultic/intelligence action is starting: terrorising mothers and their babies. On one hand, to traumatise the babies (naturally, when you as a mummy are absent) or you yourself as a mummy are openly attacked – the ideal moment being when you are breast-feeding. Also, open advertising and teasers for selling the child are made: the more the most powerful beings of the establishment would like to have your child, the more money is paid. Therefore “weird” pictures of your baby are shot, and “even more weird” films are made. In principle, you have already lost in Phase 1.

·         & do not forget the premium price that one can receive for a toddler/child this young.

[More material will be published soon]

Without noticing it, you are being increasingly driven to react to the situation. No matter what you do, “they” will try to create chaos and disturbance, usually from as many sides as possible. Already, the main aim here is to produce homelessness, unemployment, isolation. Even now, as a general rule, you have no idea what group is behind this process. It is done while you are unsuspecting and extremely happy, accompanying your baby’s first steps.

While you are thinking, now you and your child would have peace, the real finale is beginning: Your beloved and fostered child (according to Crowley they are giving the most energy during sacrifice, so: beloved/fostered/blond/male) has to get handed over to the perpetrators: Physicians are waiting for it, side by side with the psychologists and the officials from authorities, etc. – above all the pedo-sadists who paid in advance. Everyone is earning money on it, in succession legions of helpers are earning on it, which leads to the situation that the group of people involved is growing steadily. Because of the fact that this crime is nearly unknown, most probable that even your general practitioner around the corner does not know anything about it.

After the visits on his own to Daddy:

Twenty-four to forty-eight hours afterwards, the injuries and trauma start to break out of the children. Quite often they have also been drugged. In consequence, these children regress in their ability to communicate and try to tell you about individual events in ways which do not apparently make any sense. This is the phase in which my son tried to tell me that at Daddy’s home there was a ballet dress, and his grandmother would tell him that Daddy was much nicer than Mummy; in this phase, he tried to tell me – massively blocked and regressed in communication – that almost all the surroundings at Daddy’s made him “ouch” and were “bad”.

These children most often get psychosomatically ill (they get illnesses with high fever, connected with ear problems, sudden eye problems, massive mood swings with personality changes, fits of rage, bouts of sadness, which you will not be able to explain) – all of which are apparently no problem as far as the doctors are concerned. Also, the environment will trigger these children, meaning that due to their participation in the rituals the child is remembering their presence there and is therefore recalling the “ouch” – meaning the torture – and will therefore be… silent.

After a short period of training and drilling in ritual abuse and trauma based mind control programming, your child suddenly becomes healthy overnight: like a string puppet in a theatre for short moments . From a long-term point of view, there are flashbacks and personality changes.

The first effects of programming are becoming visible:

In between – especially if there are longer breaks between the visits and the violence – more and more things are breaking out of the child, mostly in form of flashbacks. Believe every word you are told, no matter how perverted it might sound to you. Keep a log (make audio and video recordings).

Child pornography shots (which were made with my own camera): Interpol refused to store these pictures at their child trafficking database:

Paintings were made that excel the level of a 2-year-old, in which the trauma was being processed in an extremely obvious way:

Thanks to stopping the visits, and to endless patience and love, a “healing process” begins. Here, the most important thing is to give the child their free will back. Take this literally. After a short time, you can start to negotiate or to discuss things. For a few days or weeks, the child should be allowed to do whatever they want to (without, of course, being allowed to harm themselves  or you).

Revocation of Oaths and contracts […]

Start to slowly go back to normal – and at all costs, stay with your child at all times and don’t let them out of your sight. At this age, healing takes place rapidly – despite lifelong injuries (often to the inner genitals, caused by mutilation, violent pressure or amputation of the bulbourethral gland, and ears, nose, eyes, etc. are also affected). A CT/MRI can clarify the situation – and in the meantime, it is also advisable to search for chips or implants (usually inserted over the nostril). In the short term, it does make sense to test for drugs in the blood, as these children and toddlers are often drugged.

If you haven’t found anybody who is willing to protect the child and you – even with his or her life – then your child will be taken into state care, despite all the evidence and documentation. The child will now be severely punished – they are called “martyr children”: they tell everything, talk about what they have had to suffer and are therefore taken away by the authorities and massively tortured. This also serves to programme perpetrator children – to impress on their minds to never, never, ever speak about anything.

There follow rapes, ritualistic crucifixion, electroshocks, sensory deprivation, spinning, etc. The main point of the electroshock treatment is to delete the memories completely, and to create a new, totally artificial personality.

The individual stages of torture in ritual abuse and trauma-based mind control are precisely depicted by an artist and survivor of this crime, Lynn Schirmer: 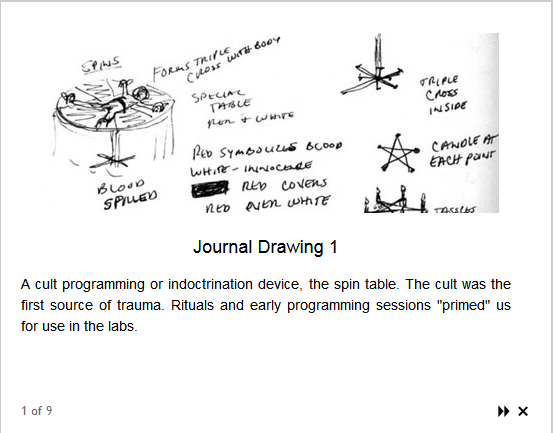 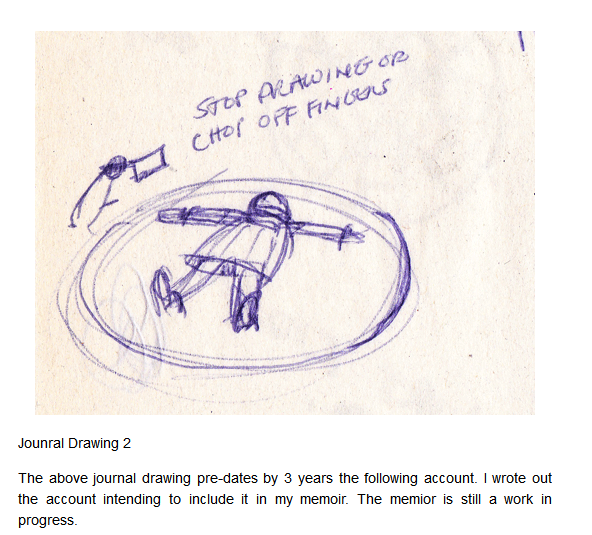 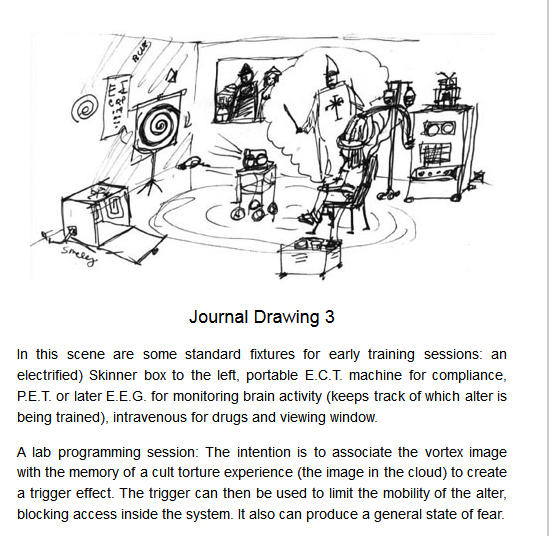 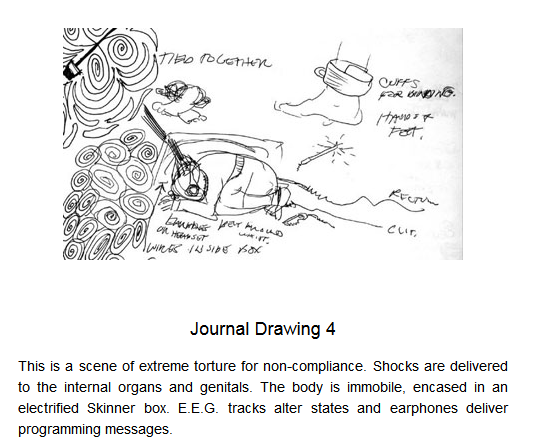 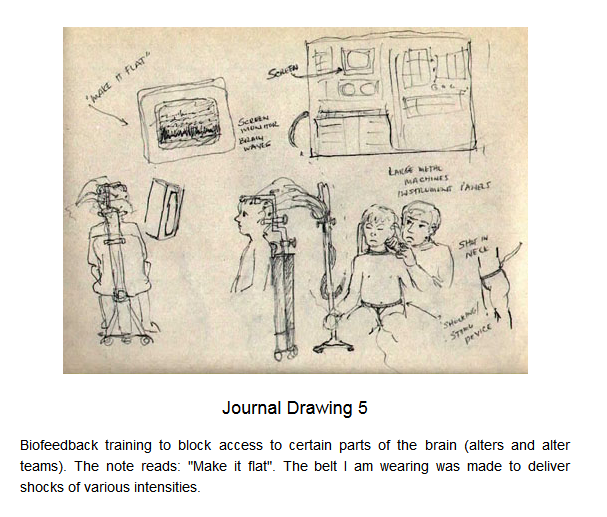 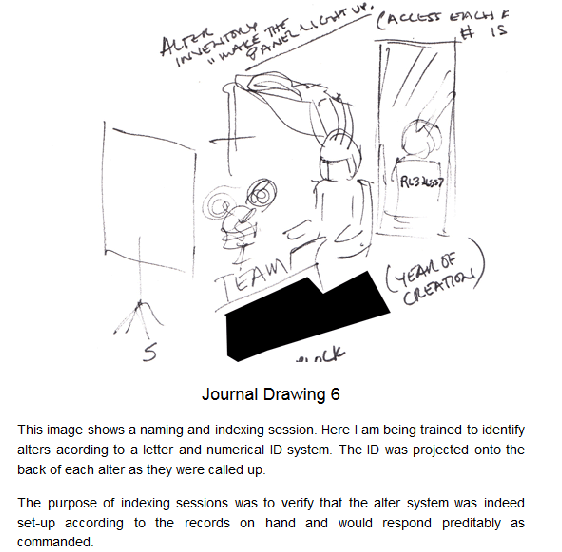 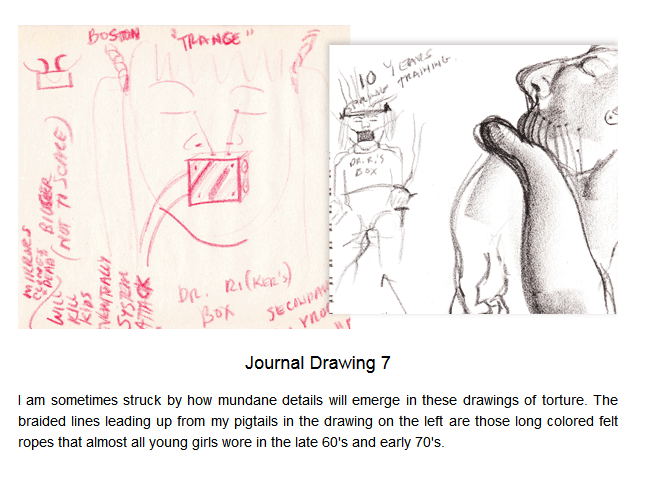 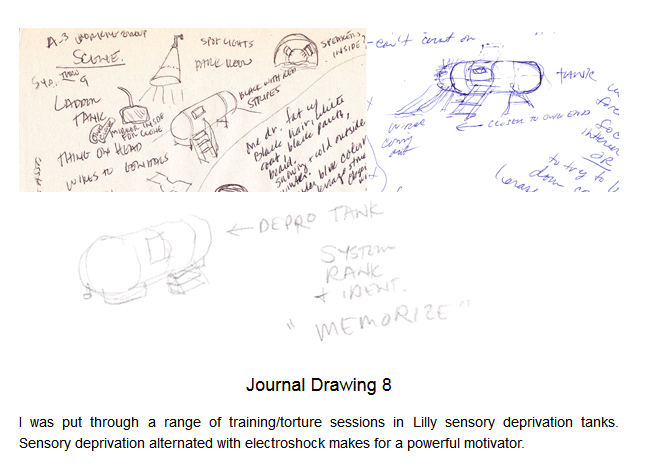 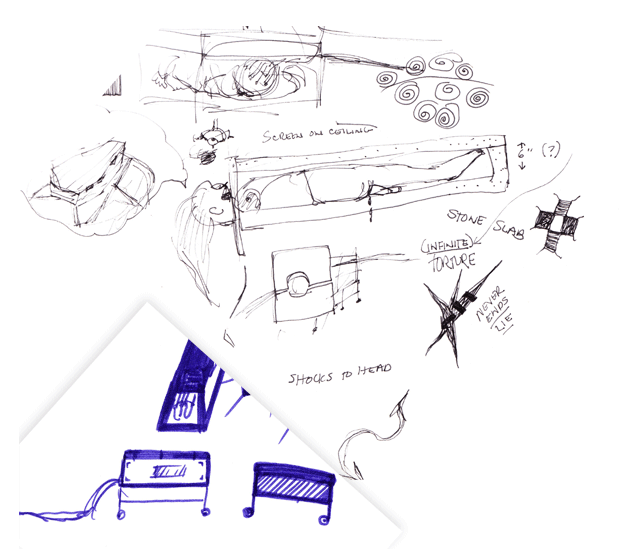 While protective parents have, in the meantime, already been removed – due to various ways of human hunts  – the child is now being deliberately programmed, i.e. tortured, for months and years. In the meantime, the techniques have become highly sophisticated, and it is assumed that the children´s programming is complete by the age of 7-8; the programming then ceases until the age of 13.

One of the outcomes in 2013: a beloved child, who was never examined in detail over MRI/CT/black light/psychiatrically, is switching their personality within a period of 10 seconds. The foster family (Pflegeverein Steiermark) claim not to have noticed any disturbing behaviour. All doctors, psychologists from the state child protection centres, teachers at nursery schools, etc. likewise claim to have noticed nothing.  Sums are invested, gigantic sums, for this silence. 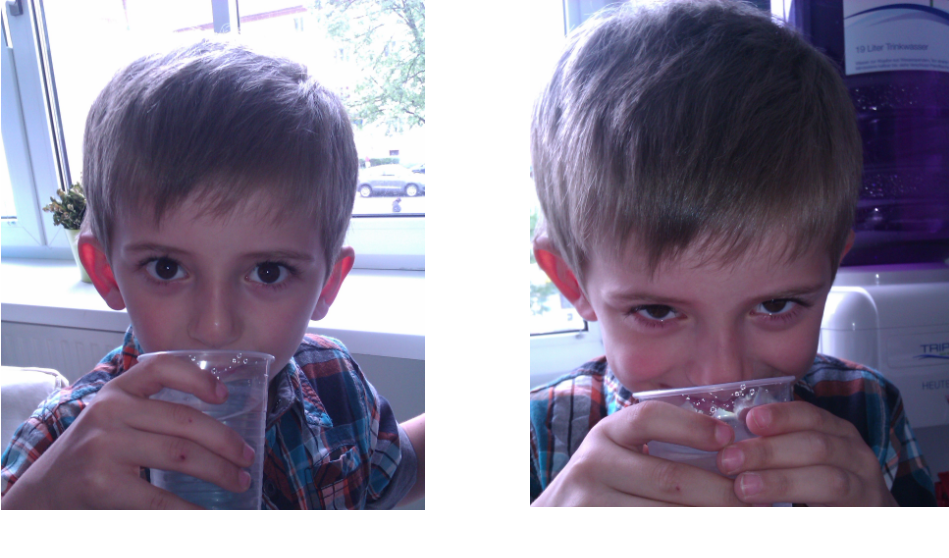 (Dara Rubens Sadegh a.k.a. “Luki“, 2013 – in the custody  of the youth welfare department of the city of Graz, in the care of a foster family)

Since 2011, Dara Rubens Sadegh a.k.a. “Luki” has never been examined in detail using MRI/CT/black light/psychiatrically. According to the Austrian courts, these examinations were not necessary. The child was considered to be healthy. For this reason, there would not even be an initial suspicion regarding the perpetrators who were recognized and reported.

After years of legal proceedings, several assassination attempts against me, seizures/garnishments from – courts – and while I have to document the heart breaking deterioration of health state  of my beloved child, I find the following pictures of my beloved sweetheart on Facebook in the summer of 2020:

(Dara Rubens Sadegh, 2018, as a barely 9-year-old, under the care of the Youth Welfare Department Graz/Styria/Austria, after ALL his adult teeth had been removed. Experts have also brought to my attention that the boy depicted here may have been hooked up to a ventilator, directly via a tube to the lung in the chest area, in order to penetrate him without interruption, or – as is also known, especially for female perpetrators – defecate into the mouths of the children)

In order to make sure that no other protective parent dares to stand up against torture of (small) children, in itself to stop anyone and everyone from helping even any (small) child, especially to prevent further names of perpetrator networks from being mentioned worldwide, the perpetrators have inserted in the mouth of the highly manipulated picture, another picture showing a classroom/lecture hall: 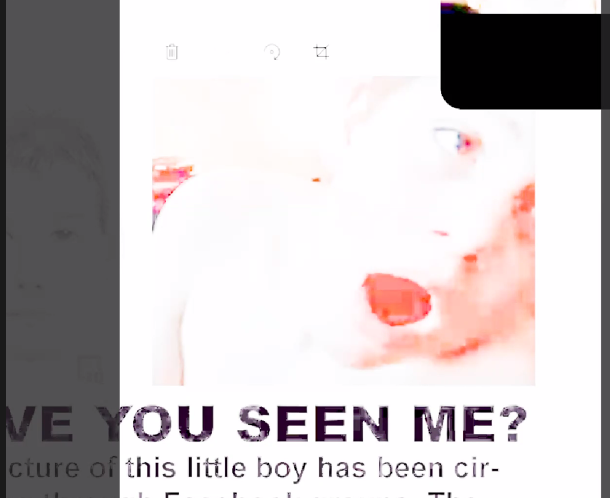 (The overexposed picture shows further pictures within the “picture”: so Marianne Bretterklieber, the “foster mother” of the minor can be seen, who was already reported as a perpetrator – together with Walter Bretterklieber and Ing. (HTL) Riegler Helmut together with Nicole and Sebastian Riegler 2011 at the Public Prosecutor’s Office Vienna).

The lesson given here to someone is not meant for the beloved child, nor for me, but for protective parents and aid organizations, judges, etc. worldwide:

Whoever says something about MK ultra, whoever reports us, whoever publishes our names, will be punished – on the back of the beloved child.

So far, neither The Hague – https://traumabasedmindcontrol.com/index.php/den-haag/ nor the FBI – for sure not the Austrian courts and Federal Police have reacted to the pictorial material.